White
The Train Runner is a creature made by Trevor Henderson.

Train Runner despicts a black humanoid with white eyes. It runs really fast and can climb up trains. we can’t see much of this creatureThe creature is known to run on all fours, and it has white eyes. Nobody else knows about this creature, however the entity appears to be vaguely humanoid in shape, although what makes it bizarre is the fact that it runs almost like some sort of animal or other unknown creature. 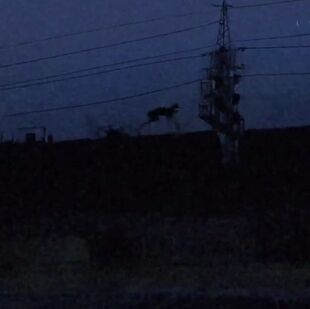 Train Runner from David Romero's video, which runs along the train tracks. Notice how it looks much different. 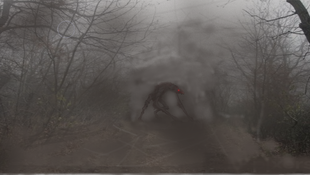 Night Wolf, could ve a parent 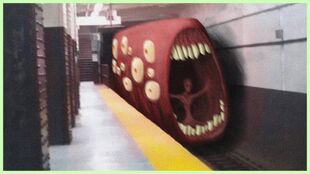