The Hugger is a Creature made by Artist Trevor Henderson.

The Hugger depicts a white skeletal-looking monster without any face. It shows that it is hanged from strings to make it look like a marionette. When a person from this universe saw this, they thought it was a normal Halloween decoration, but the description says it's in August and is describing it's long arms. The description says that this monster is probably a thing or a man, but it's unknown.

People say that whoever is controlling the mannequin is a giant, hairy spider, which always stays hidden. (Might be the reason why the spider isn´t seen in the photo.) The spider uses the mannequin to lure people into it´s trap and kill them. There are a lot of theories about where the spider came from and how it got that big. The most popular theory is one that says, ¨ Maybe the spider was a result of an experiment gone wrong in a lab, where the spider must´ve been taken to do scientific tests on it. Then, something bad happened, causing the spider to grow bigger and bigger to it´s current size. The scientists in the lab didn´t know what to do, so they had to release the spider out to the world. But as it was hidden, nobody knew about it. However, when it started attacking people, we came to know about it.¨

There is one more theory where the spider is portrayed as a supernatural being, which belongs to another planet. But somehow, has been ended up here, on earth. Because of it's own size, the spider can´t hunt on roads. That´s when it got it´s bait: The Hugger, which it can use and lure people easily, and to grab attention of the people. The Hugger performs different dances - crazy dances and it knows a lot of dance forms. But this is no ordinary dance. It´s kind of a hypnotic dance, where people, whoever watching the Hugger performing it´s dance, automatically lose their senses like a spellbind and keep walking towards the marionette.

Once you see the Hugger performing, you keep watching it. The more you stare at the Hugger, the more attracted you get to it. The Hugger keeps performing, until a lot of people are gathered. As because it´s a giant spider, it´s food quantity is also more. And meanwhile, during the dance of the Hugger, what the people don´t notice is that the very thin spider web, which is getting attached to them during the whole process. It´s so thin, that they would not be able to notice it. And at once point, where the spider figures that there are enough people gathered, it will make the Hugger to hug someone from the people. And as soon as someone hugs it, the spider is going to pull all it´s strings back to it, which is going to pull each and everyone the spider has attached it´s web with. It will then wrap each of them inside cocoons like a regular spider would.

Now they are ready to be fed. And before anyone gets an idea of what´s going on or what just happened, the spider will be gone, along with the people. Too late to save them now. The officials will still try to catch the spider, but it´s going to be difficult to track the spider down as because it´s a giant spider. And it can cover miles of distance in just seconds. Agencies are there who are working on specifically this project and still figuring out a way to kill this spider, as well as the marionette. Many things have been tried so far. However, they somehow were able to figure out a way to destroy the spider. That is by destroying it´s puppet. The spider is not a reality in our world. It´s powerful, until that marionette is attached to it. If somehow they were able to destroy that, the spider can be killed. But it´s not that easy as it looks like. Maybe the marionette looks like a lifeless skeleton. But it can´t be destroyed that easily. As a moment that any attack would be done on the Hugger, the spider is going to be immediately alert. And that´s called, your death, regardless of how huge the army is. They´re still vulnerable in front of a giant spider. So the moment they attack the Hugger with heavy machine guns to destroy it, the spider is going to try all possible ways to stop them. It has so much power, it´s whole body is having sharp blade-like structures which can give you severe wounds the moment you come in contact with them. It can spill posionous green venom which acts like acid. The victim´s body will be burnt if they touch it, and in seconds, they will die. 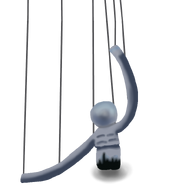 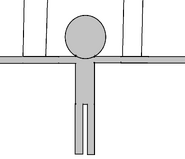 The Hugger in Drawing

Scott9196 making of The Hugger

The Hugger in 3d
Community content is available under CC-BY-SA unless otherwise noted.
Advertisement