The Lamb is a creature made by Trevor Henderson. It is pink and fleshy, with a big hole in its head. It is related to Big Charlie and Lil Nugget, and it comes from a Lil Nugget. It can cause massive psychic damage, and blood clots too. It can also levitate. It was once worshipped by a demonic cult. It's head shape looks similar to Void nugget and Li'l nugget's head, mostly because the Lamb is the Void nugget's evolution. It is described as a "Holy Ghost" of some sort, and is considered a Patron Saint along with Big Charlie and Lil' Nugget, and possibly Void Nugget.

The Lamb appears to be a fleshy, four-legged creature, with its legs hanging down from its body, like noodles. Most of the time, it is seen floating in mid-air. Its body is made out of some sort of fleshy, vein-like string, and the "strings" appear to be tangled into one another. It is unknown if the large hole in what seems to be the head of the creature is an eye, or some sort of mouth. 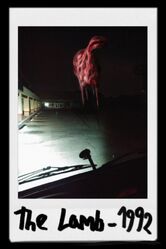 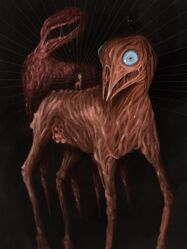 The Father, The Son, and The Holy Ghost 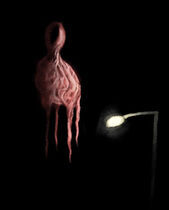 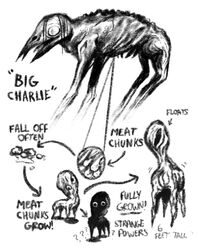