Killing people and using carrying their bodies for unknown reasons

Mr. Mascot (Or as some people say, Costume Man) is a seemingly empty blue, bug-like mascot costume, his true intentions are unknown, but it's most likely just killing for the sake of killing.

Mr. Mascot is a creature dressed in a blue bug mascot costume. The creature's clothing has long fluff, a large body and slender arms and short legs. The arms of the costume are five fingers, just like normal people, and the legs of the creature are like the legs of a beast. They look very thick and have two toes on the legs with sharp nails on the toes. The costume has a very large oval head with only empty eyes and a wide open mouth on the face. There is also a pair of slender antennae on the head.

The creature also dragged the bloody body of a man wearing a white shirt with blood and a pair of jeans. The body's arms were held tightly by the creature.

Fan Made Images made by Fellow Wiki Members! 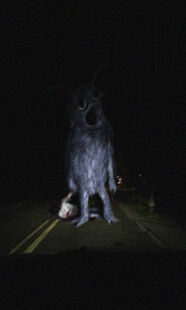 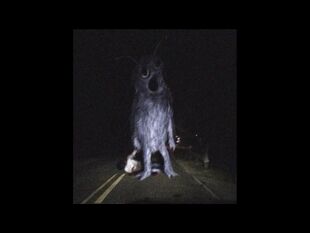