Giving Birth To A Lil' Nugget

Make Its Way In This "Hell Of A World"

Unknown, currently on the run

Big Charlie is a particularly strange one of Trevor Henderson's creations, partly because not much is known about it. He is also SCP-4158 by the SCP Foundation.

Big Charlie is a large mammal-like creature, it resembles some sort of cattle, yet, at the same time, it has a beak-like protrusion on the tip of its mouth. Its body is so skinny that that you can see its rib cage. It also has a thick dark mane that goes from its head to the back of the creature. Its eyes appear to be foggy, which might indicate that the creature is blind, though in most depictions he does have normal eyes. Its legs are very lengthy compared to its body and it seems as if its legs can barely support its weight. Big Charlie is around 20-30 feet tall.

According to Trevor Henderson's Tumblr post, it is said that he escaped a meat-processing plant. Meaning he is some sort of animal made out of meat possibly. 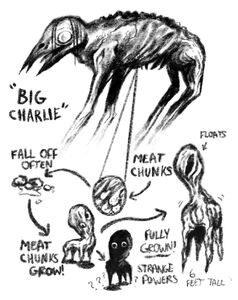 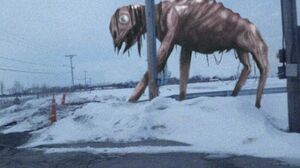 Big Charlie on the move in Winter 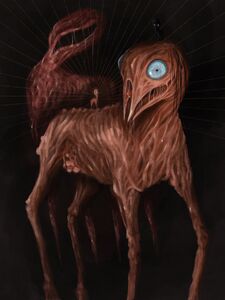 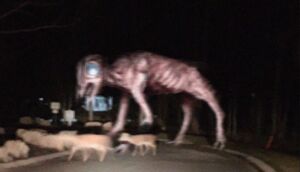